If you like total freedom in the way you conquer the enemy this is the ultimate war game for you. Build freeform constructions as a medieval Builder, fight in sword duels as a Knight or snipe with your bow as an Archer. KAG blends the cooperative aspects of Lost Vikings, mashes them with the full destructibility of Worms and the visual style and action of Metal Slug, brought to you by the creators of Soldat.

King Arthur's Gold was started in 2011 by Michal Marcinkowski. Completely self-funded, self-coded, self-marketed and literally made in a bedroom. Later joined by pixel artist and co-designer Max Cahill and musician David Pencil (of PennyArcade). Initially released undercover, the game's alpha version popularity kicked off because of its innovative multiplayer game design and features - mentioned on PCGamer, Kotaku, Rock Paper Shotgun and winning several indie game awards (including Best Game of the Year). After that the developers hid quietly in their dungeons to totally repaint graphics, re-design and recode the engine to use scripts (and boost the modding community). Following the Minecraft model it is now a new game (with the former alpha being called KAG classic) released as KAG Beta in mid-2013. 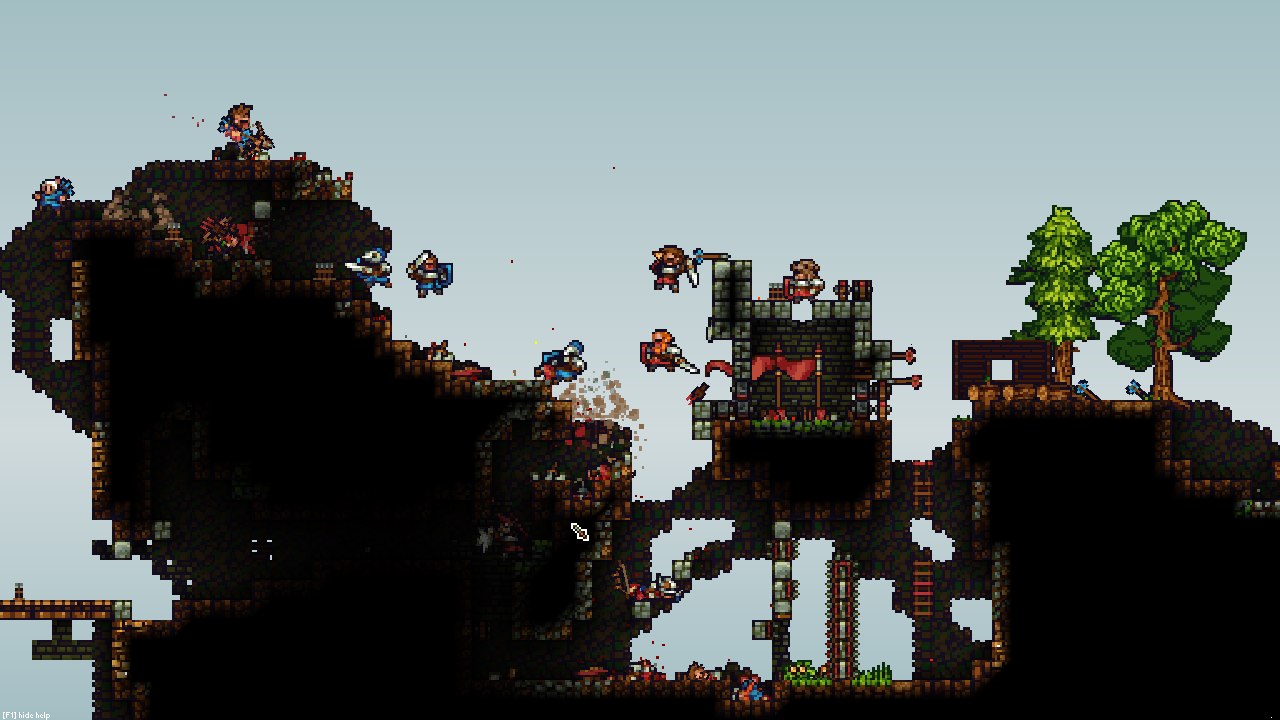 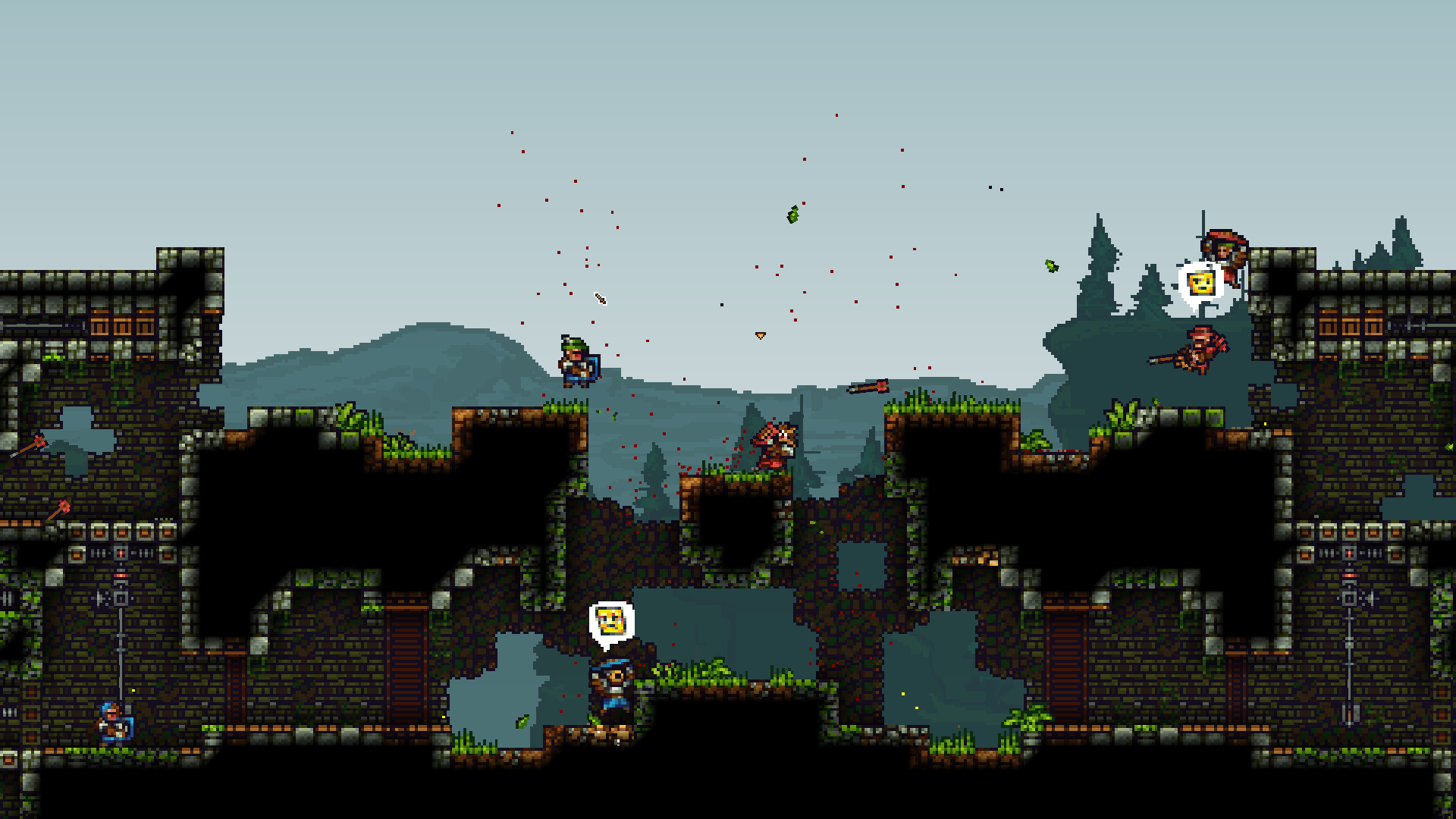 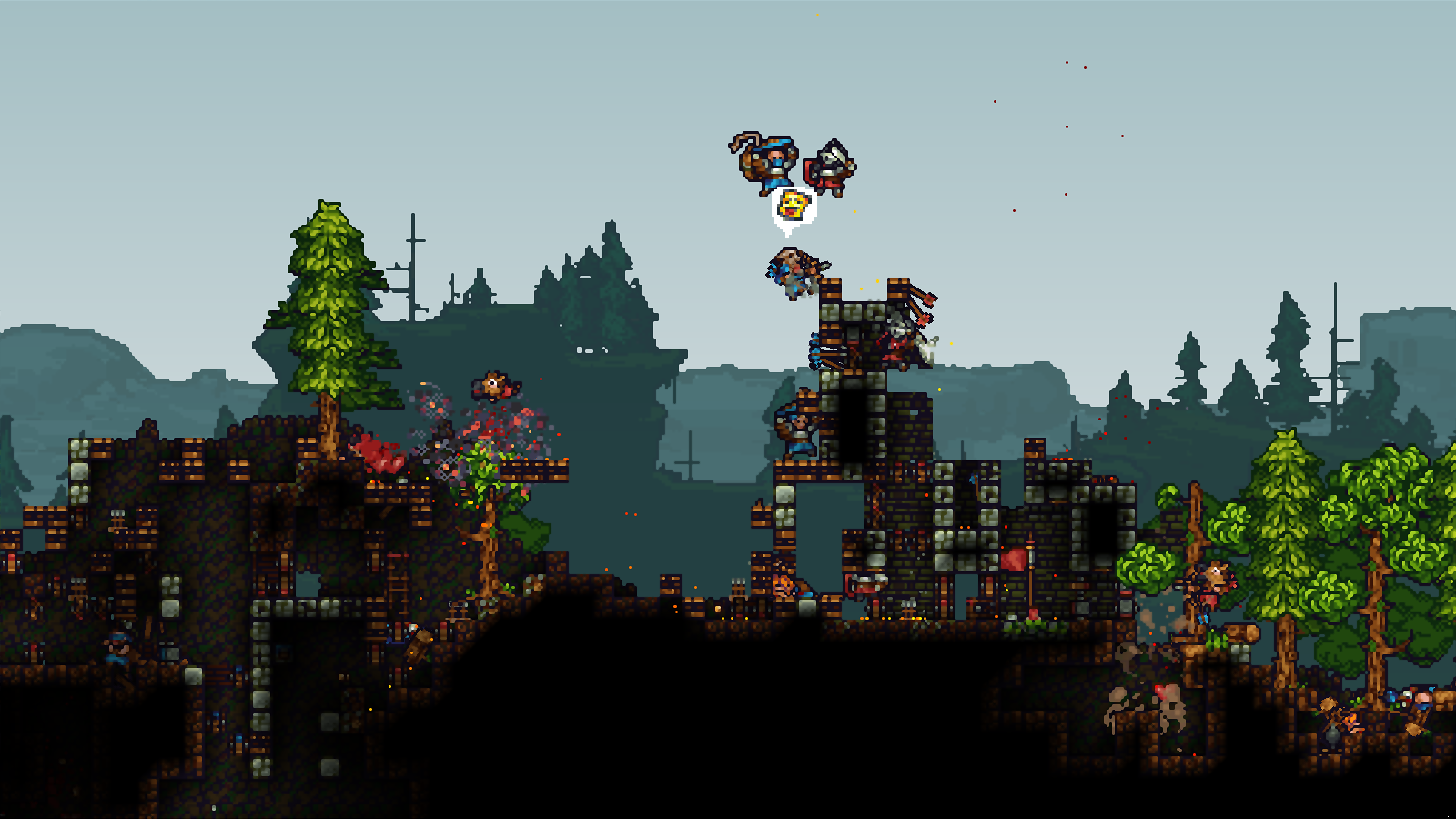 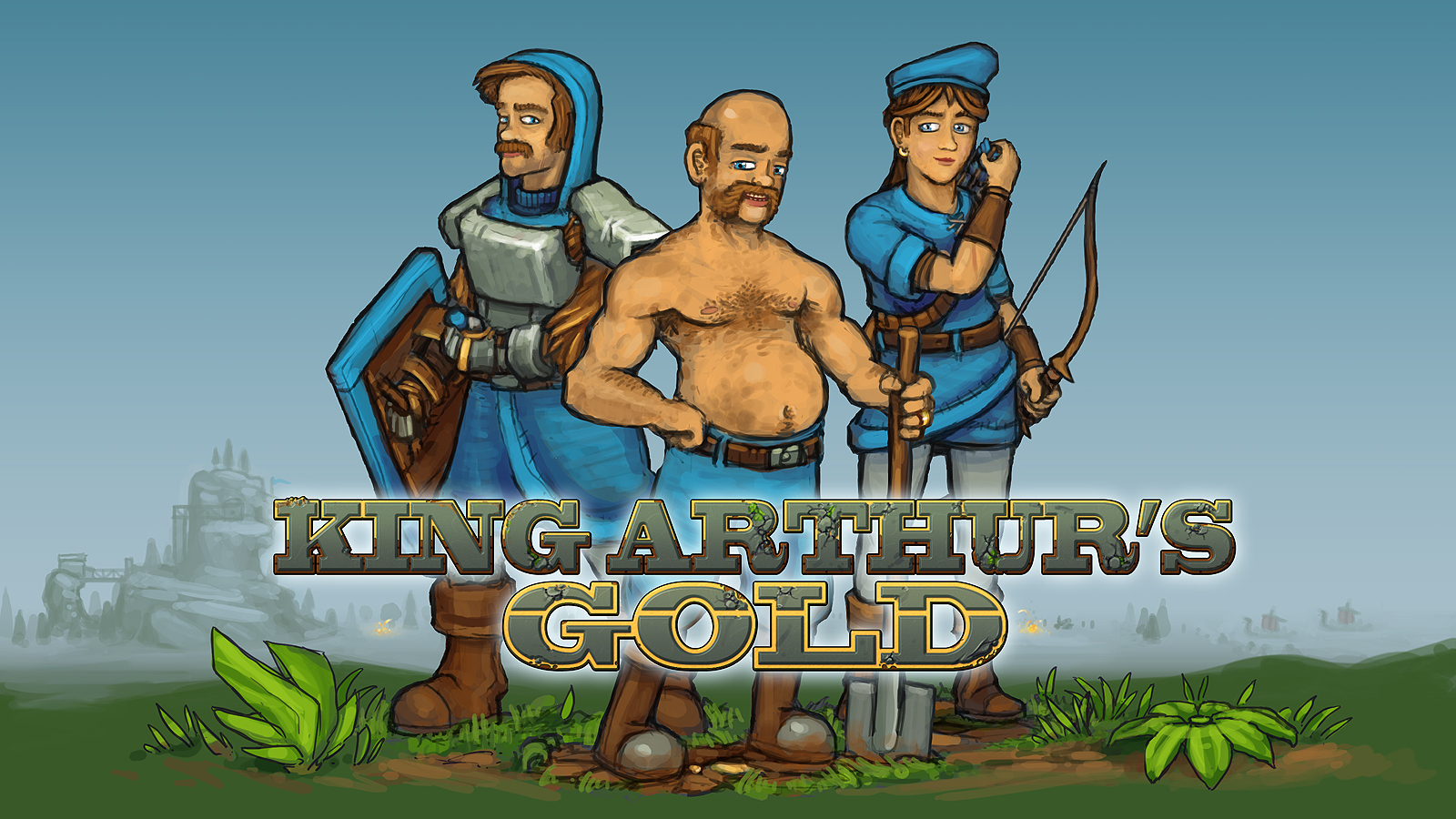 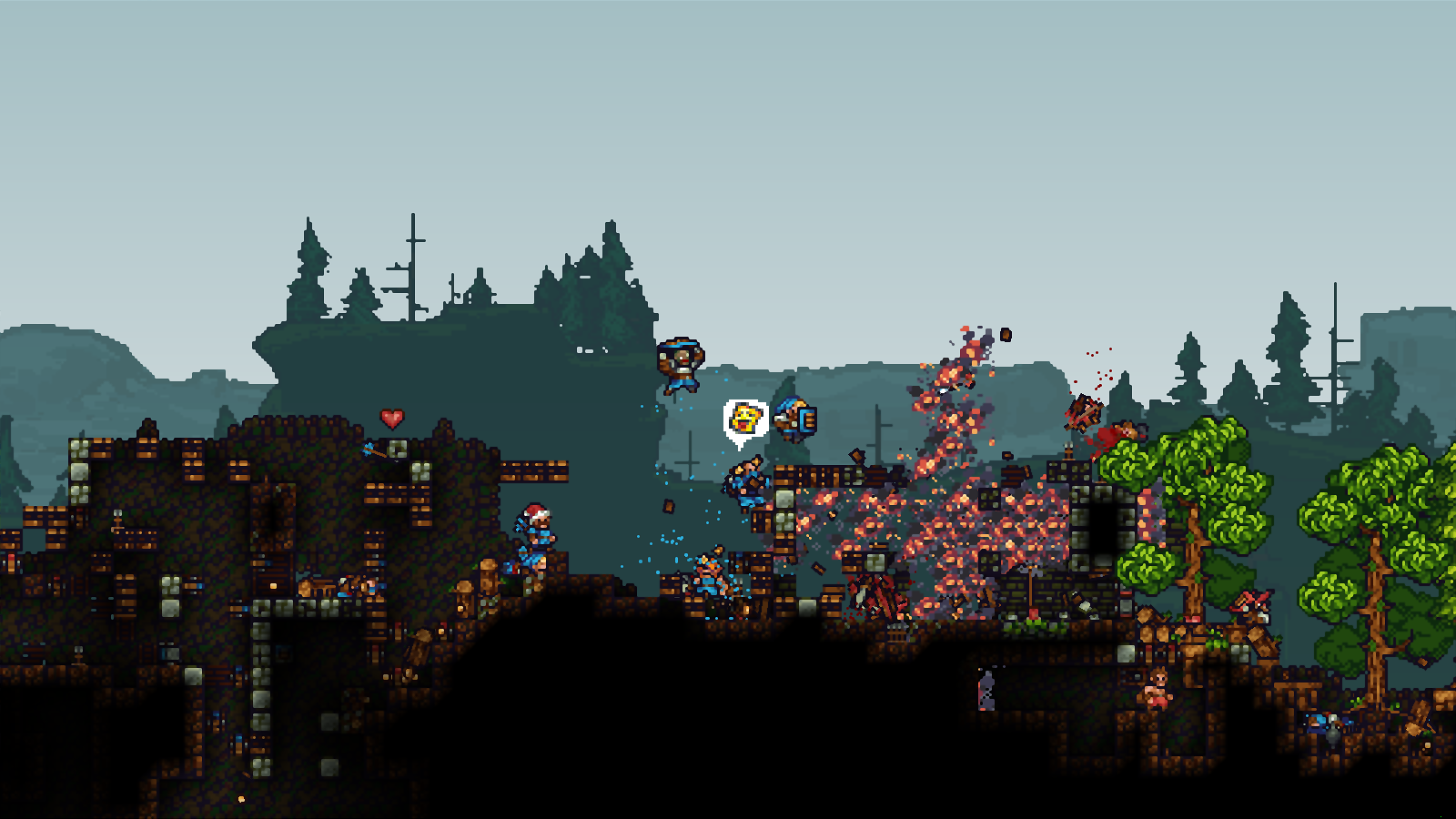 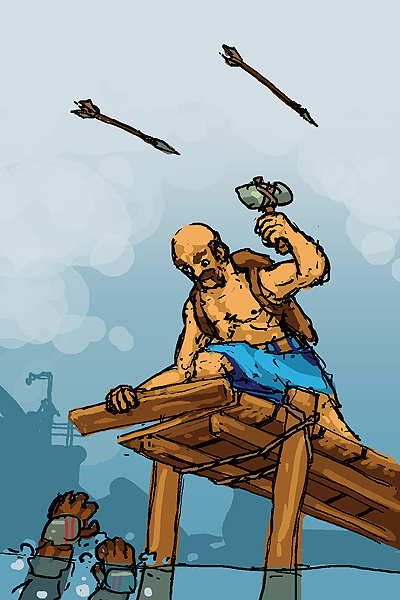 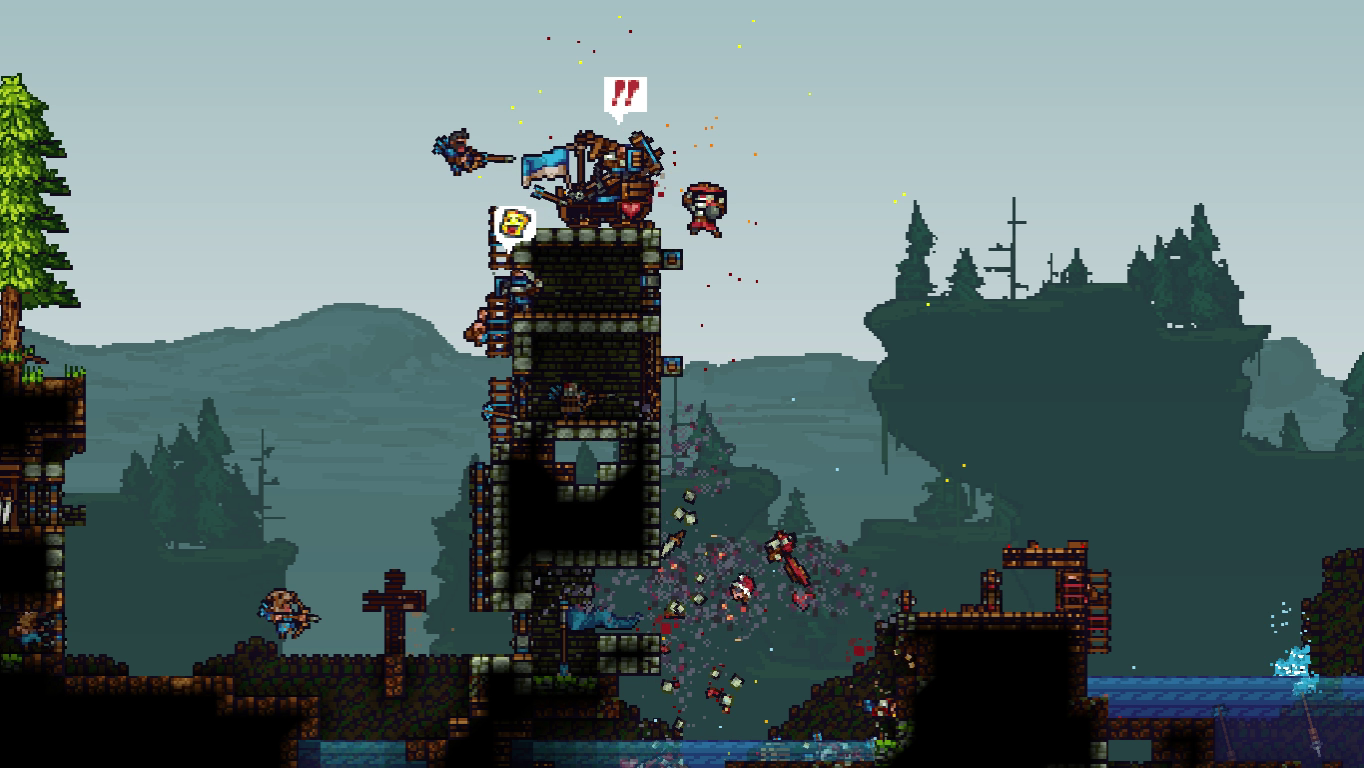 Please fill in your e-mail address below and we'll get back to you as soon as a press copy is available for you.

Alternatively, you can always request a press copy by sending us a quick email.

Thanks for the request. We'll be in touch as soon as possible. In the meanwhile, feel free to follow up with any questions or requests you might have!

"Adventures of Meow"
A fan comic based in the world of King Arthur's Gold pr.kag2d.com.

Boilerplate
Members of Transhuman Design work on their projects remotely, from different locations around the globe, without focusing on a single genre or audience. They strive to follow their instincts and passions when creating games, even if from the marketing perspective it sounds like… well, suicide.

presskit() by Rami Ismail (Vlambeer) - also thanks to these fine folks